Are the ‘Green’ Oscars tarnishing over time?

The 85th Academy Awards took place on 24th February and the glitz and glamour we’ve come to expect of this Hollywood institution was evident for all to see. But, with the stars’ previously impassioned championing of hybrid vehicles recently erring on the ambivalent, and not a single mention of sustainability or environmental concerns in any of the press associated with this years’ Oscars ceremony, is Hollywood becoming bored with being ‘green’?

Traditionally consuming vast amounts of energy and resources with productions worldwide generating mountains of waste, the film and television industry is morbidly obese when it comes to the size and depth of its carbon footprint. Studies conducted prior to 2006 found the entertainment industry was the second-largest polluter in Southern California, second only to the petroleum refineries, and producing more air pollution than the hotel, apparel and aerospace industries combined.

The latter half of the last decade saw the entertainment industry make inroads into environmental responsibility, and it seemed suddenly fashionable to be committed to one green cause or another. The 2007 Academy Awards were heavily promoted as being carbon-neutral for the very first time, and the heavy-hitters of the industry (including Leonardo DiCaprio and Al Gore) were vocal in their explanation of how carbon offsets and the use of hybrid vehicles helped ‘neutralise the environmental impact of the 79th Academy Awards’.

Other feel-good Hollywood stories around the time were the ‘pilot study of sustainable film production practices’ carried out in 2008, and two films creating ‘sustainability reports’ in 2009. A few films have actually gone as far as being ‘neutralised’ with the purchase of carbon credits to offset their waste and emissions. In 2010, the Producers Guild of America introduced the Green Production Guide, a website listing over 2000 vendors offering sustainable products and services. Funded by Disney, Fox, NBC, Sony Pictures and Warner Bros., the website also offers a “Carbon Calculator” to help determine a film’s carbon footprint - a nice gesture from some of the big players. But are we alone in thinking these are all really small steps…? Should we see it as pro-activity or public relations?

And that’s before we get to the hybrid vehicle fans amongst Hollywood’s elite. Way back in 2004, there was a mass-adoption of the Toyota Prius and other low-emission cars amongst the somewhat self-righteous celebrities purporting to hold ecological causes close to their hearts. We assumed it was a step in the right direction, but perhaps we were too trusting for our own good?

It seems the switch to hybrid technology may have been more commercial than conservational… Many car companies, Toyota in particular, offered discount hybrids (or free rides) as part of their marketing strategies; essentially celebrity endorsements designed to drag the image of the cars from hippy to hip. Global Green, the company providing hybrids for use at big events, decided to pull the plug prior to last years’ Oscars, citing the fact that it was no longer a novelty… Is it merely coincidence then, that the last two years’ Academy Awards have been conspicuously light on electric vehicles?

Or are we being too cynical…? Maybe there are those in the movie business who share our ecological concerns. Perhaps there are some production companies who genuinely want to adopt stricter environmental practices to ensure their impact is as light as possible? Until the industry as a whole commits to a large-scale, long-term strategy to make a change, we’ll never know if the green agenda is a work of fact or fiction. 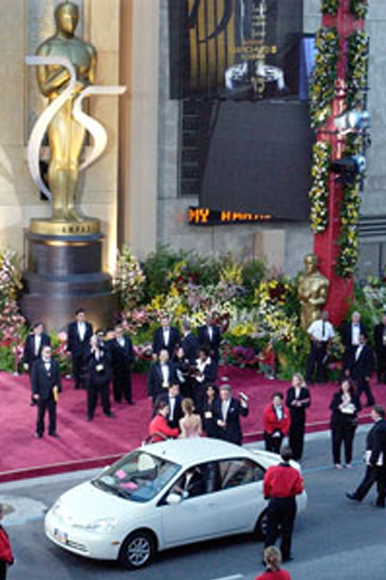 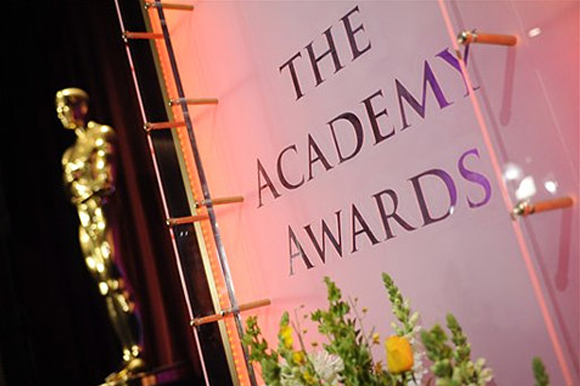 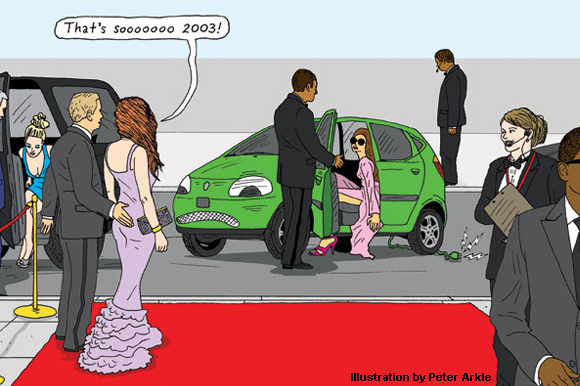